What a beautiful Sunday with Saigon Cyclo Challenge!

The sky was high, the sun shined brightly on our event day. A big applause to all of our sponsors and media partners (YanTV/YanNews, AsiaLife, BrandsVietnam and Vietnam Heritage) for always stand by us through thick and thin to bring joy and happiness to so many people in the event. A very special thanks to all of the wonderful volunteers from University of Economics, Van Lang University and Vietnam Aviation Academy, who helped make the Saigon Cyclo Challenge 2014 so successful.

On Sunday morning, the 09th of March, there were more than 2,000 people gathered at The Crescent in District 7 to join the 14th Saigon Cyclo Challenge and support the racing teams from HSBC, Hoang Long Hoan Vu, DHL, Crown Relocations, Giant, Pizza Hut, Abbott, YanTV/YanNews, Caravelle Hotel and a special team called SCC All-Stars.

With an important mix of responsibility and discipline in practicing, Giant could finally reach their dream of racing champion. And with supports from their colleague, Giant became the deserved winner of the Racing Challenge Trophy 2014.

As well as the racing, the Cyclo Décor Challenge attracted lots of audience interest who watched the creative expressions of each team decorating their cyclo. Song Xanh (Live Green) with their healthy and natural fruit juices helped to shorten the time and strengthen their creativeness very much. By using recycling materials, Crown Relocations persuaded the judges who came from Asia Life, Vietnam Heritage and Supersport to give the highest mark to them.

All the audiences at the event agreed that cheerleading teams from DHL, HSBC, Abbott, Giant, Pizza Hut have dedicated all of their efforts to bring many impressive, entertaining performances to the crowd. And HSBC has persuaded the judge’s board and won the trophy with their beautiful chorography.

One of the lovely surprises that we had brought to this year’s event was the fan voting. And HSBC has won the heart of the audience on the day.

This year’s biggest surprise has belonged to Giant. Mr. Phan Chi Dzung shared with us their team’s feeling when winning this Grand Champion: “We are speechless! We could not image that we would win this. Our team members have tried their best and we are lucky to have this trophy. We will make our effort to keep this in next year’s Cyclo Challenge as well”.

The Crescent is busier with the crowd checking out the range of goods on sale at some more than 20 booths at the flea market area and absorbing lots of free drinks and with a very very long line for the pizza that Pizza Hut were offering!

Pizza Hut, NYDC, Gloria Jean’s Coffees, Bread Talk, Pepsi, Revive helped create a totally free food and drinks zone which made the day even more enjoyable!
Kids were surprised with lots of magical tricks from the Magic4. The games area for the children was separated out so that the children could have lots of fun in their own special space. There were biking around an obstacle course with Jett-Cycles, a Fashion show for kids put on by KizCiti and bouncing on the bouncy castle from Santa Fe!

The audience was also entertained by Game On crew with their popping and hip hop style before entering the closing ceremony of the event.

Ms. Chau, with her first time joining the event has shared with us: “I’ve heard about the event so many times, here and there but today, I have my chance to myself join this and I am totally in love with it! I love the racing which I used to think cyclos could not race. I love watching the kids enjoying their games and activities. And amusingly, I could have my free Pepsi and go around, checking on those handmade stuffs in the flea market area. Especially, I definitely bought in the fact that everybody can join in the event without any conditions, totally free of charge and this is such a meaningful event for the whole community.”

Right at the end of the event, just as the atmosphere reached its peak; the draw was made to find the winners of the Lucky Draw. Mr. Lam Pham Thien Duc won one-year return ticket for the route Ho Chi Minh – Hong Kong from United Airline. The other prizes including a Jett-Cycles bicycle, 2 Pandanus Resort vouchers and 20 free games at Superbowl also found their new owners!

We are still counting all of the great donations that we received but feel pretty sure that we will have around $25,000. “In these more difficult times for everyone, SCC is delighted to have raised this money to support our programmes and we are very grateful to all of our sponsors and everyone who came along and contributed for making today not only a great day out but one that will help so many children too”, said Mr. Paul Finnis, Director of Saigon Children’s Charity.

One more time, we would like to thank all and hope to see you again in March next year!! 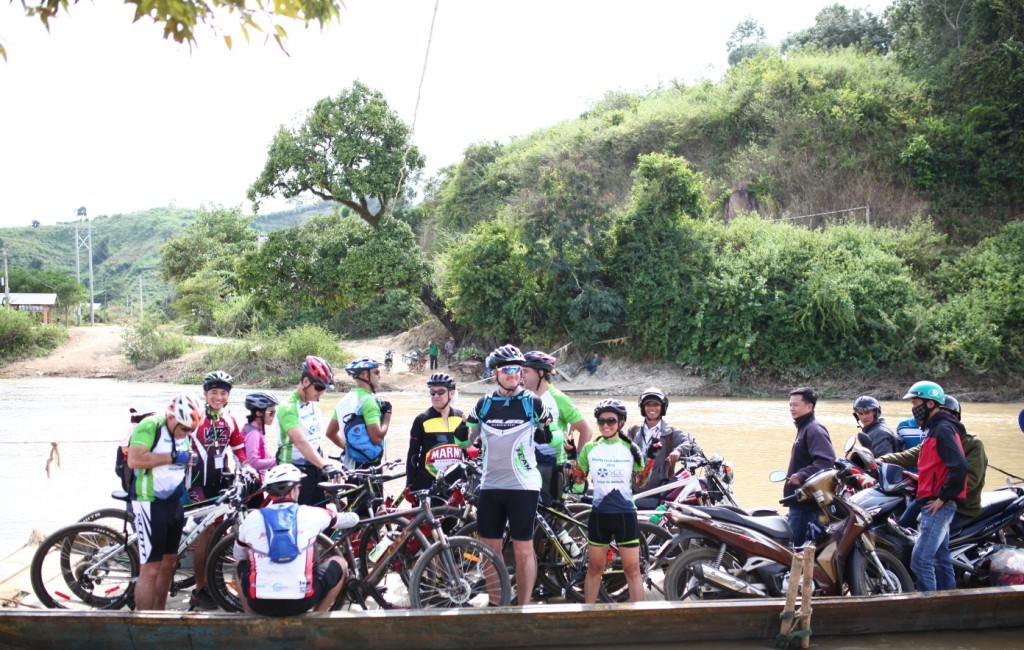