British specialist and the loving journey supporting children with autism

Marianne Simpson, a specialist in special education has put all of her heart in supporting children with autism in Vietnam for 17 years.

From the UK to Vietnam

Marianne’s attention for Vietnam began in the 1970s, after getting to know about how the American war had devastated the country. The story of Vietnam in those years was what kindle her aspiration to “do something for Vietnam”.

In 2000, Marianne embarked on her journey to Vietnam. She was on a trip to HCM City, to visit her daughter who was then working as a volunteer for a charitable NGO named Saigon Children’s Charity. The trip gained Marianne exposure to the therapies and treatments being used for disabled children in the country. “I wanted to utilise my skills in Vietnam,” says Marianne.

Mrs Marianne when she was a volunteer of VSO (Photo: VSO)

“My children had taken a gap year – I thought it was time I did mine.”

Keeping in mind the thought, in 2005, she was back to Vietnam in a program of the Voluntary Service Oversea (VSO).

“Special education was a relatively new subject and the lecturers themselves had only just graduated,” explains Marianne, who immediately encountered obstacles.

“The first challenge came when I was preparing to do a workshop and found there was no paper. I had to get some from the British Council and take it back on a motorbike.”

This experience kind of set the tone for the rest of the placement and Marianne admits to feeling like she wasn’t having much impact.

“There were challenges every day,” she says. “The [teachers] I was meant to be working with weren’t there half the time –their salaries were low so they were running their own businesses.”

After finishing the project, Marianne Simpson left Vietnam with a heavy heart. She was frustrated, acutely aware that children with learning difficulties were still not getting the support they needed.

After retiring from her job, Marianne returned to Vietnam for a second VSO placement in 2007, this time at the Nha Trang College of Pedagogy in the Central region of Vietnam. She was joined by her now-late husband Chris, who’d also retired. In Nha Trang city, Marianne met and became friends with Do Thi Hien, a Vietnamese teacher and VSO volunteer who’d studied special education. Side by side, they have achieved a lot together

“We opened an early intervention centre at the college where parents could bring their children for one-to-one sessions with teachers,” Marianne recalled.

According to Marianne, since the center was founded, more and more kids with autism and their family had received the support they needed. Parents and kids travelled a long way to the center, but it was worth doing. Before the center was established, “many children hadn’t gone out of their homes much – their parents felt ashamed,” recalls Marianne. “Thanks to the new centre, however, they no longer felt the need to hide,” she says.

At the same time, the initiative also benefited the student teachers, since it provided them with more opportunity to work with children.

Mrs Marianne and her husband

In addition to operating the Center, Marianne and Hien also organised various events for families who needed special education support.  “I could see a change in attitude,” says Marianne, who says parents’ expectations are now much higher for their children who have disabilities. “There is still a long way to go.”

During her placement, Marianne promoted a hands-on approach to teaching and constantly reinforced the virtues of patience. “Marianne was always attentive towards parents, giving them time to share their story and hear about their concerns,” says Hien. “I learnt by her example, it made a deep impression on me.”

After their placement ended Marianne and her husband in 2012, Chris stayed on in Vietnam to help Hien open a school for children with special education needs.

It was the first school for children with disabilities in Nha Trang, supporting over 100 families. For the first time, local children with special educational needs had a dedicated school. It was life-changing.

“It made us happy to know that we were making an impact on these children’s lives,” adds Marianne.

The school has since closed due to lack of funds, but several teachers there went on to open their own special educational facilities. “They are thriving,” says Marianne.

Despite the geographical distance, Marianne and Hien still stayed in touch. They kept communicating with each other regularly, exchange conversation about life and work.

“Hien was keen to build on her experience, so Chris and I encouraged her to apply for a British Council Chevening scholarship,” says Marianne.

Hien applied and was later accepted to study Masters in Autism in Children at Birmingham University in 2017 and graduated with distinction in late 2018. She afterwards headed back to HCMC to work as the manager of a special education program in Saigon Children’s Charity.

Meanwhile, Marianne continued supporting projects providing in-service training for teachers and therapists of Saigon Children’s Charity. She described “My present role is mainly at an advisory level and recruiting and organizing professionals from the UK to deliver training in Vietnam”

At the same time, the British specialist is also keen on sharing with colleagues her experiences of living and working in Vietnam as well as approaching to effectively support disabled children.

“As in many countries, there is a need for more support for children with special educational needs.  We need to rejoice in their differences and provide equal opportunities for them to access appropriate education. Having worked in a multi-disciplinary environment where teachers and therapist work together with parents. I have seen the benefits to both the child and their family”, Marianne says.

The senior specialist also advises special education teachers to take a more active role in their learning and question ideas. “We as trainers can share our knowledge and skills they need to reflect on their practice and analyze and problem solve. All children are different and learning styles vary, special education teachers and therapist need to look carefully at the individual child and consider their characteristics as well as the particular teaching strategy” she emphasized.

Help autism child learn to talk and express his emotions.

The story of a diligent young adult 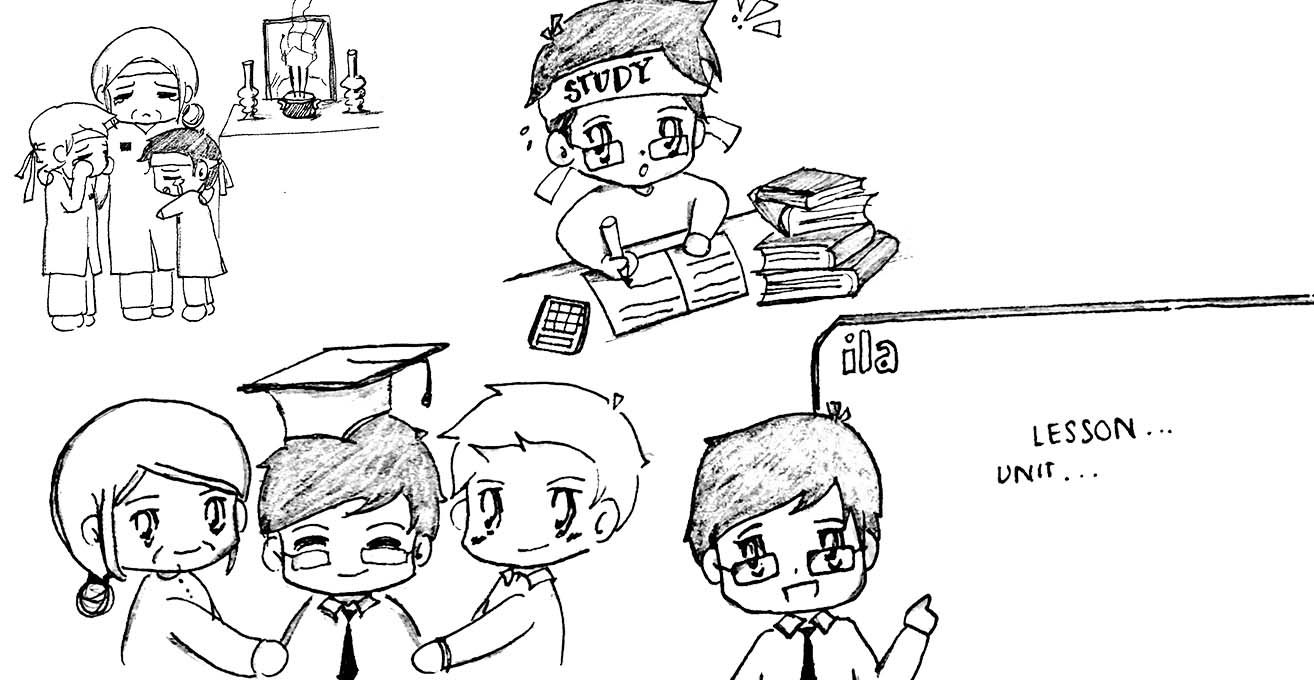 The Story of Trung

VUONG’S STORY- The young mechanic who overcame the fate