The extraordinary haircut experience of a kid with autism

Mrs. Ly had carefully prepared questions on 2 pages to learn more from the Autism Spectrum Disorder Specialist on her precious son Minh’s situation. He then pointed out the struggles that her son was likely to encounter in daily life and suggested a strategic approach to help him cope with them.

“I burst into tears when I was given professional advice from the expert because I knew it could help to improve my  son’s life”. Those were the thoughts of Mrs. Ly, a mother of a child with autism who attended the “Early intervention for children with autism” conference on July 18th with the assistance of an Autism Spectrum Disorder Specialist from UK. This meant that she and her son were finally able to overcome one of Minh’s biggest fears to achieve a seemingly minimal task to other children: getting a haircut.

Minh is 5 years old. He was diagnosed with Autism Spectrum Disorder when he was 4. To him, small tasks such as getting a haircut or brushing teeth were challenging. Minh was so afraid of getting his hair cut that a brief glimpse of the barber would cause him to cry and panic. He was uncooperative and often screamed and ran away, “messing up the whole shop,” as his mother described it. Luckily, the barber was very understanding to his situation and was always patient and encouraging, though it often took him the whole hour to get Minh’s hair done.

However, things changed after this mother’s meeting with the experts. There, she learned lots of information about her son’s behaviour and how to respond accordingly. Now, she was able to understand that he needs a quiet environment, so he can feel safe. For example, she would ask the barber to turn off the radio, leaving only the sound of his favourite Superman show. During the hair cutting process, when he was most scared and most susceptible, she held her son close and showered him with compliments: “5 more minutes, honey… I love you… You’re so brave… You’re a superhero…”

With his mom standing by his side comforting him, Minh relaxed and began to cooperate. He sat still and allowed the barber to cut his hair. The barber would start to cut from where he ‘felt most comfortable with’. Throughout the whole time, he did not cry or beg to leave as he had used to. After 15 minutes, he grabbed his mother’s phone and ran away, teasing, “Mom run… A. run… Done… Run… Run…” His hair was fully cut this time, leaving only a short portion at the nape – but it was enough.

That day, the barber’s shop was full of laughter. The barber and his wife couldn’t stop saying, “He’s doing so well today!” Mrs. Ly’s heart almost burst of joy and pride. After more than 2 hours of listening to the experts, asking questions, and learning strange terminology and concepts, her endless efforts now reaped sweet fruits. For the first time in 3 years, Minh achieved an entirely new ‘record’: getting his hair cut in only 15 minutes.

Mrs. Ly was one of almost 80 parents of children with autism who came to the “Early intervention” conference collaboratively hosted by Saigonchildren. The story of her son’s haircut, as well as many from others, are the biggest source of motivation for Saigonchildren to continue to develop our Special Education Program to bring practical assistance to disabled children and their family.

Note: Names have been changed to protect the family’s privacy.

A letter to Thang Long school’s IT class

A promising future for Huyen

How saigonchildren reconnected a family

The story of a diligent young adult 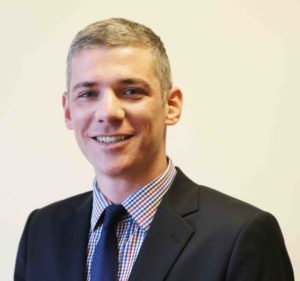